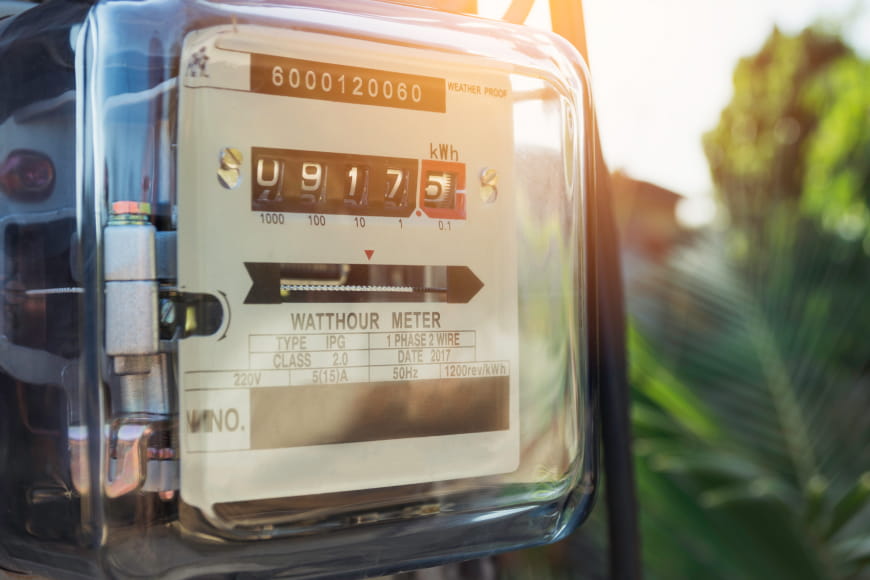 In an effort to modernize the grid, the Golden State’s new net billing model reduces the credit rate for sending solar power to the grid.

Over the past three decades, high electricity rates and solar-friendly policies like net metering have enabled more than 1.5 million rooftop installs on homes and businesses across the Golden State.*

Now, like our climate, the solar industry is changing.

The Evolution of Net Metering in California

How NEM 3.0 Aims to Modernize the Grid

Our Commitment to Make Clean Energy Accessible for All

Can Californians Afford Not to go Solar?

A Look at NEM 3.0 Changes in Greater Detail

Remain on NEM 2.0 Rates for a Limited Time

A Trusted Leader in Solar and Battery Storage Service

The Evolution of Net Metering in California

For nearly two years, solar advocates and California’s three investor-owned utilities (IOUs) have been at odds on how to revise the state’s net energy metering — the billing mechanism that enables California residents to earn financial credits for the solar power they send to the grid.

Enacted in 1996, the state’s first net metering policy was designed to incentivize residents to go solar by offering a full-retail rate for their surplus power. The policy (now called NEM 1.0) was so successful that utilities began reaching their solar cap within a decade.

In 2017, its successor, NEM 2.0 was enacted, requiring solar customers to adopt time-of-use (TOU) rates where bill credits varied based on electricity demand.

For years, net metering credits made solar panels accessible to more Californians, while IOUs argued solar customers weren’t paying their fair share for using the grid (yet this ‘cost shift’ theory has been debunked time and time again*).

After months of listening to the heated debates of utility lobbyists and solar supporters, the California Public Utilities Commission (CPUC) on Dec. 15 voted unanimously to adopt a third version of net metering.* They’re calling it “net billing,” and it’s quite different than its predecessors.

How NEM 3.0 Aims to Modernize the Grid

It’s no secret that California’s grid is becoming increasingly stressed. So, it makes sense that regulators are looking for ways to address grid reliability during peak demand and encourage distributed storage to help the state progress toward its climate goals.

As a California homeowner or business owner, you can still qualify under NEM 2.0 and ensure your solar panels remain at least twice as good* of a financial investment as they would be (without a battery) under NEM 3.0 — but you have to act now.

Submit a complete interconnection application by April 13 to maintain a retail rate credit for your exported solar power.

As long as your paperwork is accurate and submitted by the deadline, you have three years to install your solar panels and qualify for NEM 2.0 credits. You can also add a battery later on and still be grandfathered into the second iteration of net metering.

Our Commitment to Make Clean Energy Accessible for All

At Sunnova, we recognize that residential solar currently makes up about 50% of California’s annual solar capacity additions, demonstrating the value that distributed solar provides to local communities and to achieving statewide clean energy goals. Studies have shown that distributed solar plus storage can help California households save $300 a year, resulting in $400 billion in annual savings.

We know that rooftop solar can help all ratepayers save money, even if it’s not on their roofs. As such, Sunnova was part of a small group of companies and non-profits that worked tirelessly to submit written testimony, meet with utility commissioners and show up at rallies in support of solar deployment across California.

Despite the biggest outpouring of public support for a clean energy policy decision in California history, the investor-owned utilities spent $40M in lobbying efforts, outspending solar groups 10 to one.*

While NEM 3.0 isn’t perfect, we feel the CPUC’s decision will result in a necessary transition from a solar-only market in California to a solar + battery market. 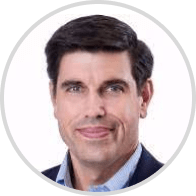 “Given the negative impacts of climate change and increasing utility spending on expensive infrastructure such as transmission, now is not the time to back off from deploying more distributed clean energy. Sunnova is committed to ensuring that all Californians can continue to access clean, reliable energy services like solar plus storage.”

Can Californians Afford Not to go Solar?

A central theme of the new net billing structure is to pair solar panels with battery storage. By devaluing solar-only systems, Californians are forced to adopt batteries to get a reasonable return on investment.

Considering the additional cost of adding a battery to home solar panels, there is concern that NEM 3.0 will create financial barriers to installing solar panels in the years ahead.

However, as electricity prices continue to rise in California and the weather events threaten grid stability, can California ratepayers afford not to go solar? By creating clean energy on-site and storing it for later use, home and business owners can lock in energy costs over the long term while sustaining power during grid interruptions.

Discover how you can go solar today and maximize the return on your investment.

A Look at NEM 3.0 Changes in Greater Detail

Here's a deeper look at a few crucial changes of NEM 3.0.

For more than two decades, California solar customers have earned net metering credits at the retail rate of electricity. With the transition to net billing, these credits will be closer to wholesale electricity prices — much, much lower.

From April of 2023 onward, the value of solar exported to the grid will be determined by an avoided cost calculator (ACC). This complex metric aims to predict the cost a utility avoids for each kWh of electricity it doesn’t have to purchase when rooftop solar provides the energy instead. These rates vary every hour, every day, every month, and in every utility territory. It's important to understand that the ACC is flawed. The metric is based on assumptions about the cost of solar without accounting for inflation, the rising cost of materials and more.

In fact, the ACC that the utilities commission approved is so complicated and volatile that it’s difficult to predict how these credits will truly play out. What we do know is that solar power has a higher value when electricity demand is higher, such as evenings and hot summer days.

According to initial calculations by the California Solar and Storage Association (CALSSA), NEM 3.0 will reduce credits on average from 30 cents per kWh to 5-9 cents per kWh for residential and 5-6 cents for commercial. These are the base rates. Residential customers in PG&E and SCE territories will receive slightly higher credit rates based on “adders” that bump the rate up 2-4 cents more.* Low-income customers are also eligible for additional compensation on top of the base rate.

It’s important to note that a handful of caveats exist for the adders, officially named ACC Plus. Solar advocates, acknowledging that export credits should be reduced from their decades-long full-retail rate, asked for a “glide path” that would have gradually reduced credits over the years to avoid a dramatic cut that would stifle new solar projects. 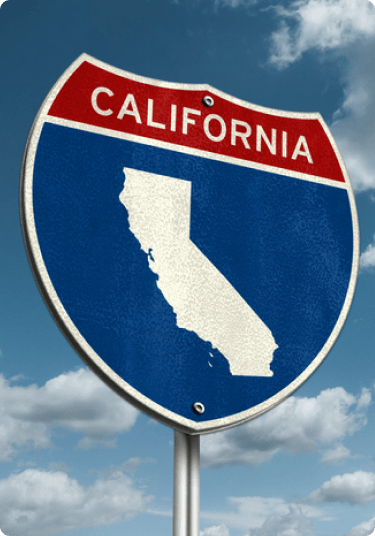 Instead, the CPUC favored a glide path that exists only in name: A few additional cents per kWh for the first nine years (for customers who go solar in the next five years with a 20% drop each of those five years), and only in two of the three IOU territories — with no adders for commercial or new homes. The so-called “solar cliff” is perhaps the solar industry’s biggest loss of NEM 3.0.

In another move to promote storage, NEM 3.0 requires residential solar customers to enroll in new “highly differentiated” TOU rate plans that charge much more for electricity during peak demand, and much less when demand is lower. These rates, also called “electrification rates,” are designed to encourage homeowners to move away from using fossil fuels and transition to an all-electric home.

High-differential TOU plans create a greater benefit for solar customers who add batteries by incentivizing them to store solar power during the day and use that saved power once the sun goes down and the grid is congested.

Among notable wins for the solar industry was the CPUC’s final decision not to implement retroactive changes. As a result, residential and commercial solar customers who receive credits under NEM 1.0 and NEM 2.0 programs will continue to receive the same export rate for 20 years after their interconnection date. Once these customers reach the end of that period, they won’t be eligible for adders but, rather, the current ACC rate for exported solar power.

What about increasing the size of your solar system? Customers can modify their solar systems by up to 10% and stay within their current rate structure.* Anything above this change will push residential and commercial customers into NEM 3.0 rates.

Remain on NEM 2.0 Rates for a Limited Time

From now until mid-April, California residents who want to go solar can file their application to interconnect and be grandfathered into NEM 2.0 rates. Keep in mind that the application must be non-deficient, and the rules are unforgiving. Something as simple as a missing digit on the model number of your equipment or a name variation on your utility bill vs. your solar paperwork can invalidate your application.

With thousands of dollars in savings at stake, it’s crucial that you start this process as soon as possible to ensure your application will be accepted. NEM 3.0 is new territory, and processing delays are expected.

A Trusted Leader in Solar and Battery Storage Service

For commercial and residential customers who aren’t able to install solar in California before the cutoff for NEM 3.0, you can still enjoy an attractive return on your solar investment by adding storage to your system.

Sunnova is a national leader in solar and energy storage services. We offer our SunSafe® solar + battery storage service in more than 40 states and territories — and California is our largest market.

In addition, every new Sunnova solar plus storage system comes with our industry-leading 25-year Sunnova Protect® Platinum plan that safeguards your investment with worry-free, hassle-free maintenance, service repairs and replacements.

Ready to install solar with storage or add a battery to existing panels? 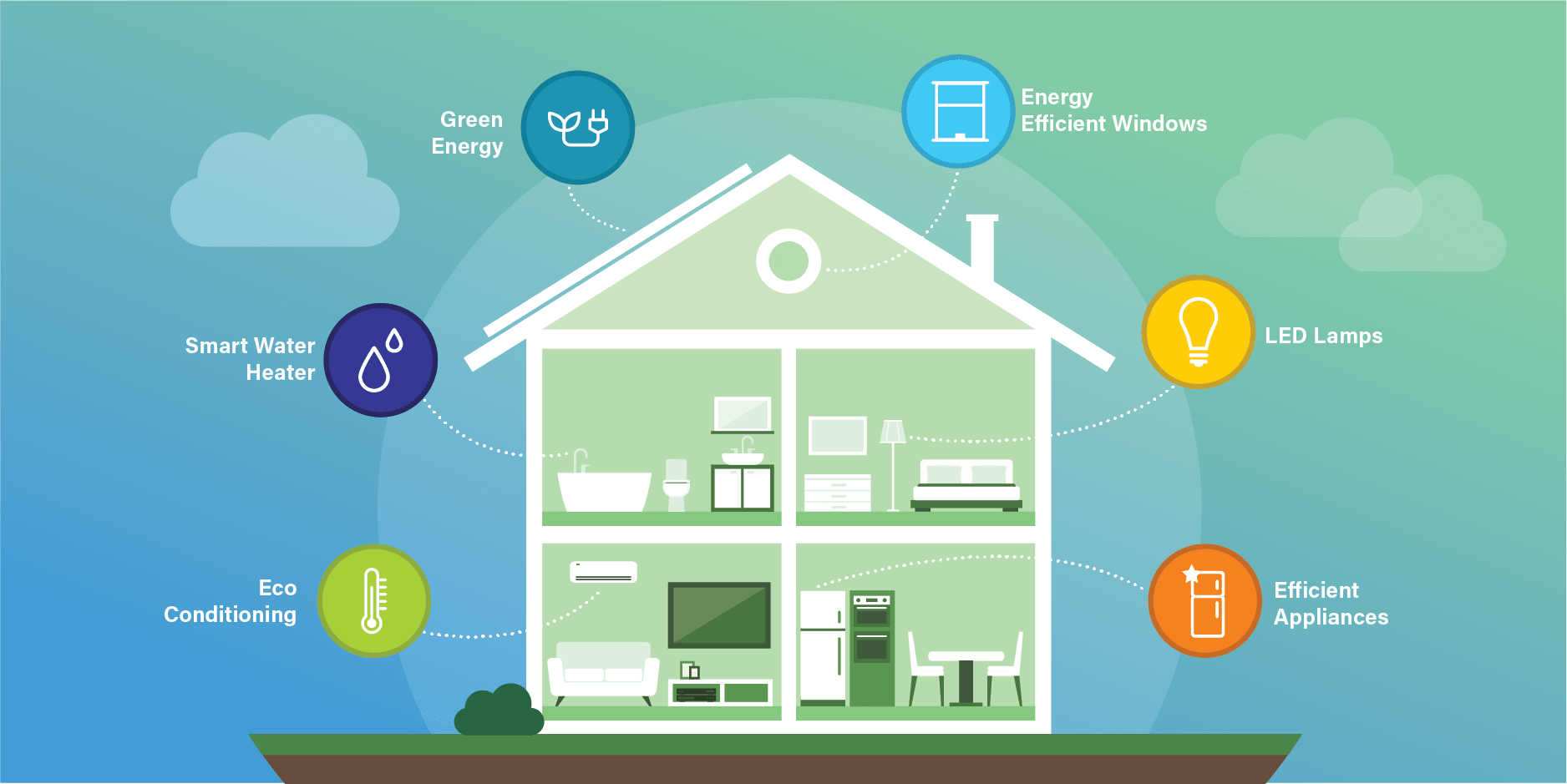 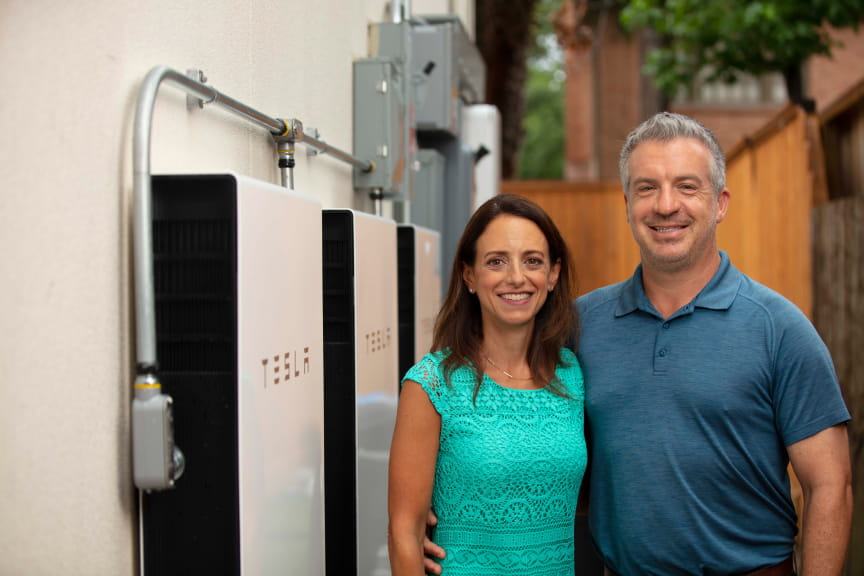 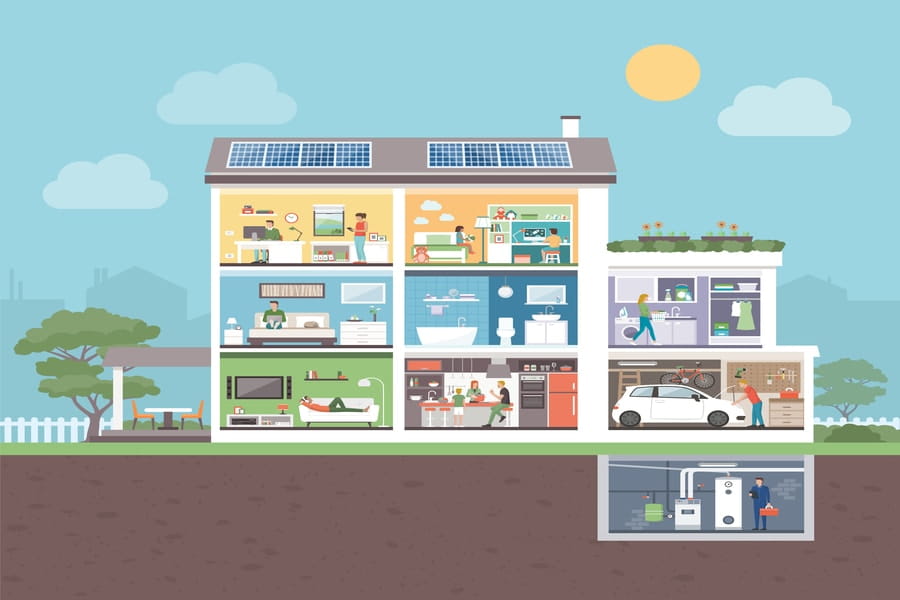 Tips for Using Your Solar + Battery Storage During an Outage

Tips for Using Your Solar + Battery Storage During an Outage